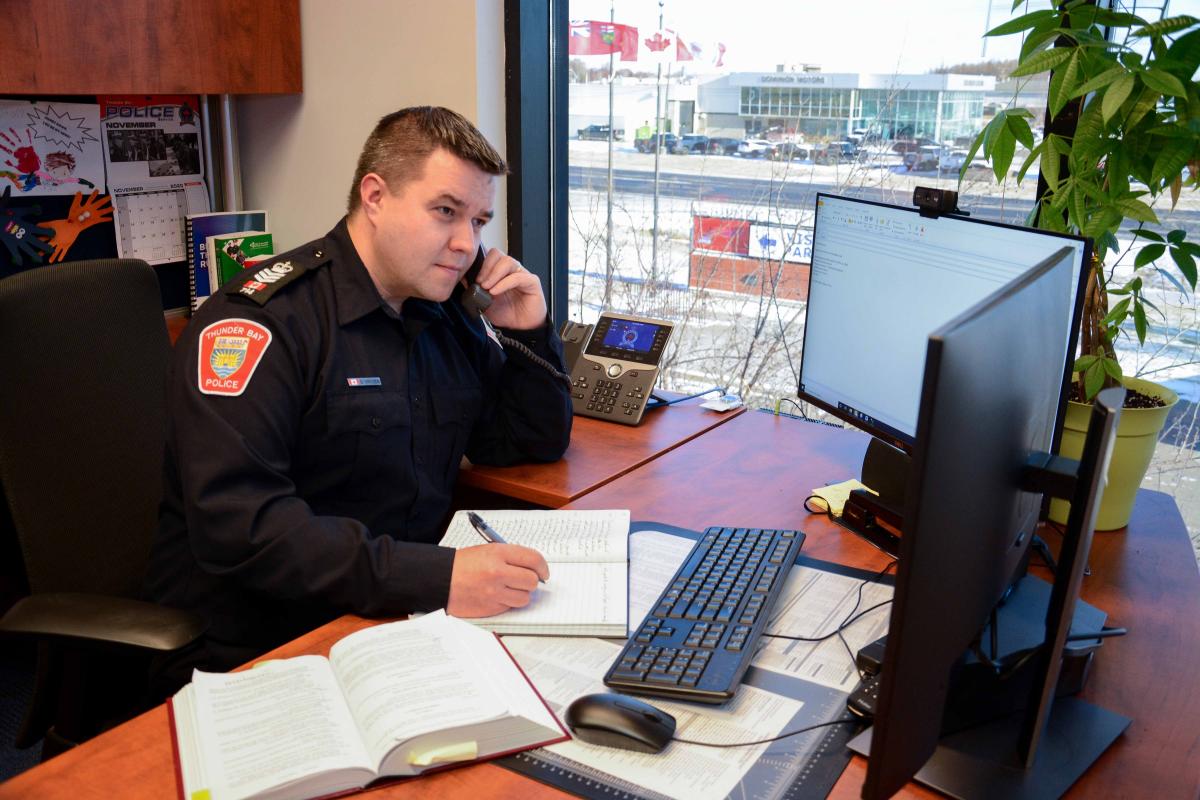 The Thunder Bay Police Service is interested in your positive experiences with our members.  If you wish to provide a compliment to an individual officer, or the Service in general, please see this form.

The following is from the Office of the Independent Police Review Director’s website:  OIPRD Hearings

Where complaints to the OIPRD are substantiated serious, they proceed to a disciplinary hearing.

The Police Services Act states that there must be reasonable grounds to believe that misconduct occurred in order for a complaint to be substantiated. Reasonable grounds in a police complaints context are facts or circumstances of a case that would lead an ordinary and cautious person to believe that misconduct occurred. This belief must be more than a suspicion or an opinion of misconduct and must be objectively based on factual evidence.

The Police Services Act provides guidance in imposing appropriate measures for misconduct and lists the following penalties and measures that may be imposed:

If an officer is found guilty of misconduct, hearing officers take a number of factors into consideration regarding the final penalty. Similar to other hearings, past disciplinary hearing or court decisions may be submitted by both sides as arguments for an appropriate penalty. The officer’s previous record and work performance is also considered. The hearing officer will also take into consideration whether the officer shows remorse and takes responsibility for his or her actions.

Penalties for less serious conduct complaints may include an apology, a reprimand, direction to participate in counselling, treatment or training, forfeiture of pay or time off or suspension without pay.

Penalties for serious conduct complaints may include forfeiture of pay, suspension, demotion or dismissal.

The OCPC decision on Timms-Fryer and Amberstburg Police Service and Challans, 2015​ has set out a minimal standard for hearing officers to ensure fairness for unrepresented complainants during disciplinary hearings.

Presided over by a Hearing Officer, the Tribunal is a quasi-judicial forum where allegations of serious breaches of the Code of Conduct (Reg123/99 of the PSA) against police officers are adjudicated.  All parties, including the subject officer and public complainant, have the opportunity to present relevant evidence, tender exhibits and make submissions in support of their position.

Tribunal proceedings are open to the public unless a ruling has been made pursuant to exceptions provided for in section 9 of the SPPA, i.e. matters involving public security, intimate financial or personal matters.  All proceedings are recorded verbatim and usually anything presented becomes part of the public record.

Hearing decisions which have resulted from complaints to the Office of the Independent Police Review Director (OIPRD) are available on the OIPRD’s website.